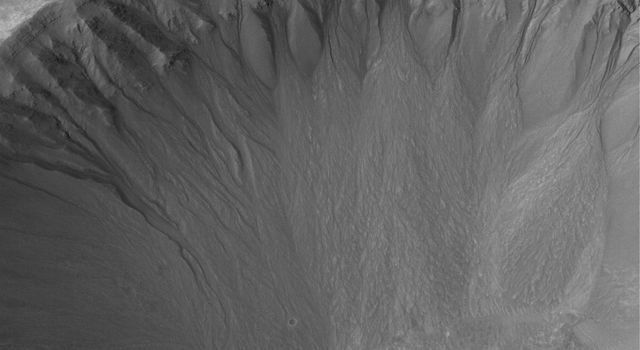 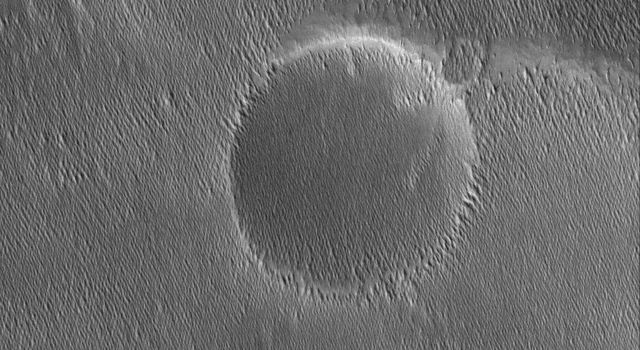 24 April 2006
This Mars Global Surveyor (MGS) Mars Orbiter Camera (MOC) image shows a portion of the south polar residual cap of Mars. The bright, relatively homogeneous-appearing material extending from top (north) to bottom (south) is mainly composed of solid carbon dioxide. During the martian summer months, sublimation, the direct conversion of a solid to a gas, causes the scarps that delineate the edges of the bright material to retreat by approximately 3 meters (around 10 feet) before autumn begins.