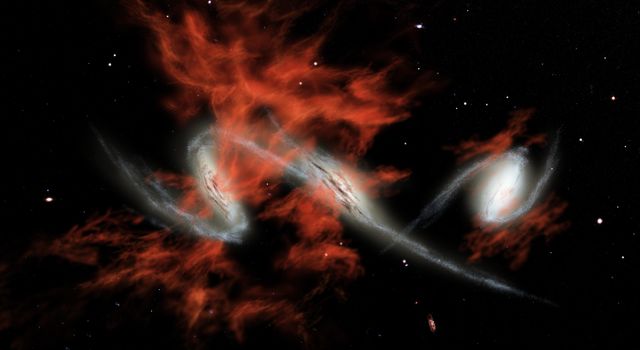 At the Heart of Blobs (Artist Concept) 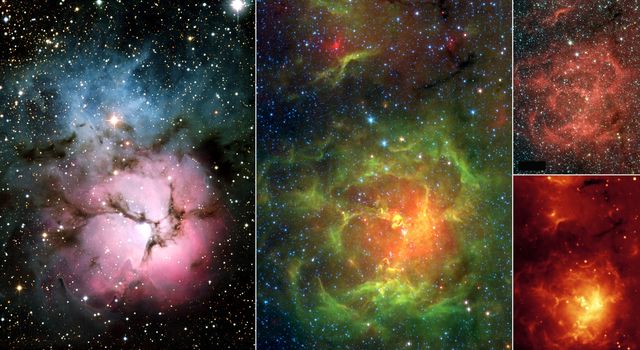 New Views of a Familiar Beauty

This image taken by NASA's Spitzer Space Telescope shows the comet Encke riding along its pebbly trail of debris (long diagonal line) between the orbits of Mars and Jupiter. This material actually encircles the solar system, following the path of Encke's orbit. Twin jets of material can also be seen shooting away from the comet in the short, fan-shaped emission, spreading horizontally from the comet.

Encke, which orbits the Sun every 3.3 years, is well traveled. Having exhausted its supply of fine particles, it now leaves a long trail of larger more gravel-like debris, about one millimeter in size or greater. Every October, Earth passes through Encke's wake, resulting in the well-known Taurid meteor shower.

This image was captured by Spitzer's multiband imaging photometer when Encke was 2.6 times farther away than Earth is from the Sun. It is the best yet mid-infrared view of the comet at this great distance. The data are helping astronomers understand how rotating comets eject particles as they circle the Sun.