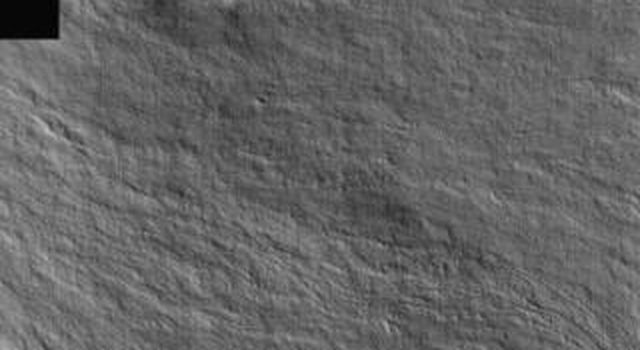 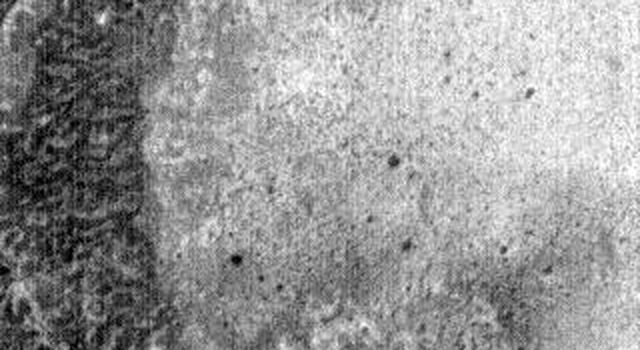 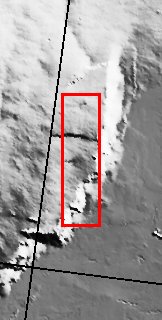 This nighttime IR image is of a portion of the flank of Olympus Mons. In last week's Arsia Mons flow images, it was easy to delineate lava flows. While this image is also of a region of extensive flows, it is nearly impossible to identify any flows. This illustrates one of the problems imaging high altitudes in nighttime IR, the surface is almost as cold as the atmosphere and is emitting very little signal back to the IR camera.