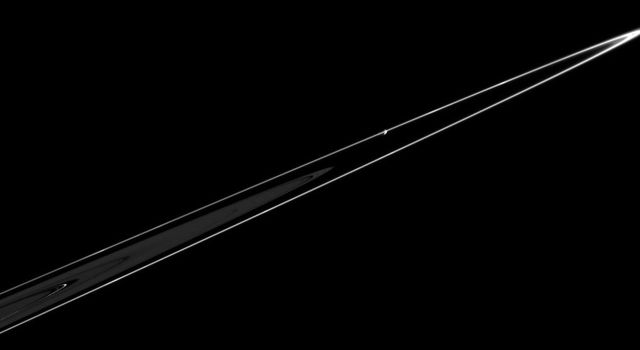 Pandora at the Edge 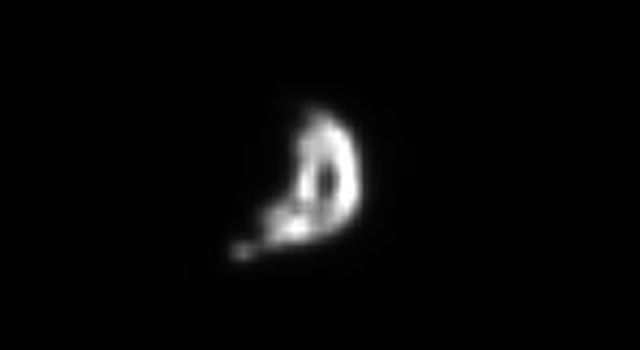 Saturn's small, irregularly-shaped moon Epimetheus orbits against the backdrop of the planet's rings, which are nearly edge-on in this view. Some of the moon's larger geological features can be seen here. Epimetheus is 116 kilometers (72 miles) across.

The image was taken in visible light with the Cassini spacecraft narrow-angle camera on Feb. 18, 2005, at a distance of approximately 990,000 kilometers (615,000 miles) from Epimetheus and at a Sun-Epimetheus-spacecraft, or phase, angle of 99 degrees. Resolution in the original image was 6 kilometers (4 miles) per pixel. The image has been contrast-enhanced and magnified by a factor of two to aid visibility.