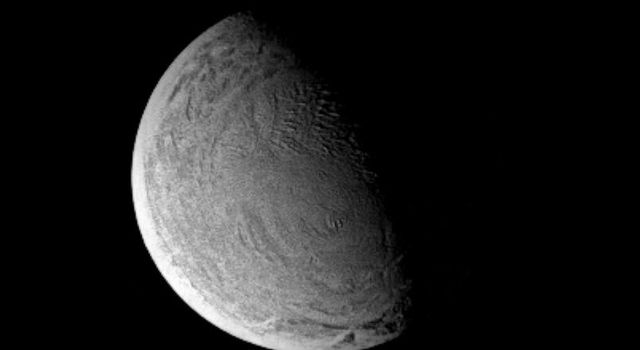 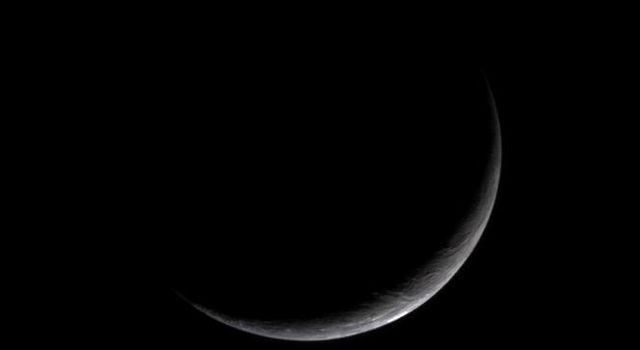 Intricate undulations and swirls within the banded atmosphere of Saturn give scientists clues to the processes occurring there.

The lower part of the image shows the characteristic billows that form at the turbulent boundary between two air masses of different densities moving at different speeds. This can be contrasted with the dark band just to the north that shows linear features moving in an apparently stable region with no obvious turbulent mixing from north to south. The bright band farther north appears to have the same morphology.

At the top of the image, a dark oval-shaped storm resides in a band where a chevron pattern dominates. The chevron pattern is suggestive of a place where momentum is being redistributed in Saturn's atmosphere.

The image of Saturn's southern hemisphere was taken with the Cassini spacecraft narrow angle camera on Dec. 6, 2004, at a distance of approximately 3.4 million kilometers (2.1 million miles) from Saturn through a filter sensitive to wavelengths of infrared light centered at 727 nanometers. The image scale is 40 kilometers (25 miles) per pixel. Contrast was enhanced to aid visibility of features in the atmosphere.