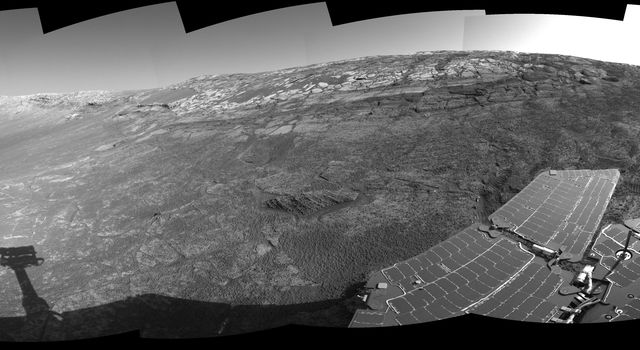 'Endurance' All Around (cylindrical) 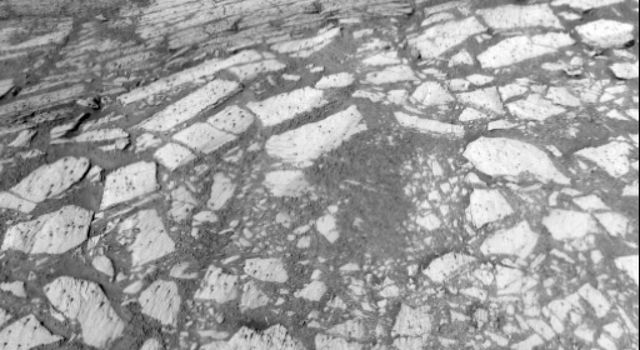 Using its left navigation camera, the Mars Exploration Rover Opportunity sought to capture some clouds on its 153rd sol on Mars (June 28, 2004). The presence of morning clouds in the area of Endurance Crater was established by spacecraft orbiting Mars. Mars has three kinds of clouds: dust clouds low in the atmosphere; water clouds near the surface up to heights of 20 kilometers (about 12 miles); and carbon dioxide clouds at very high altitudes.

Just as on Earth, clouds, especially water clouds, are good tracers of the weather. Based on orbital data, more clouds are expected during the martian winter. As this change occurs, the rover's cameras and miniature thermal emission spectrometer will track other changes that occur as the clouds accumulate.

The rovers provide a unique opportunity to examine the lower portion of Mars' atmosphere. The lower atmosphere is difficult to characterize from orbit, but it is critical because that is where the atmosphere interacts with the surface. Since the rovers landed, the science team has been using the rover's miniature thermal emission spectrometer instrument to see the weather at this bottom layer.