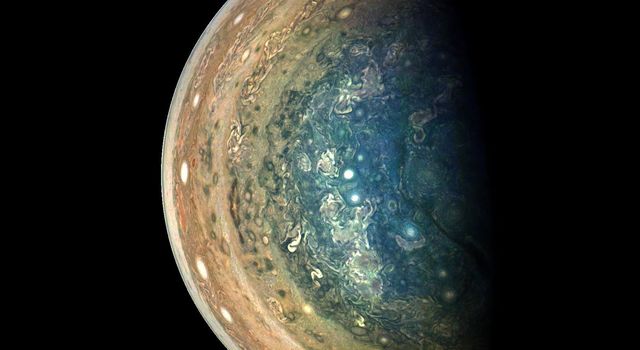 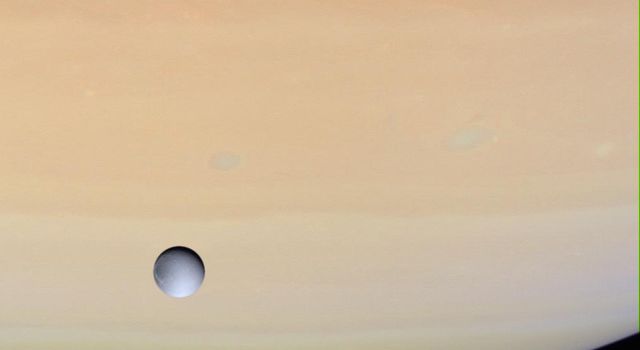 This incredible, high resolution view of Saturn's moon Dione was taken during Cassini's first close approach to the icy moon on Dec. 14, 2004. The view shows linear, curving features within the region of the bright wispy terrain Dione is known for.

The image was obtained in visible light with the Cassini spacecraft narrow angle camera at a distance of approximately 156,000 kilometers (97,000 miles) from Dione. The Sun-Dione-spacecraft, or phase, angle is 34 degrees. The image scale is about 1 kilometer (0.6 miles) per pixel.