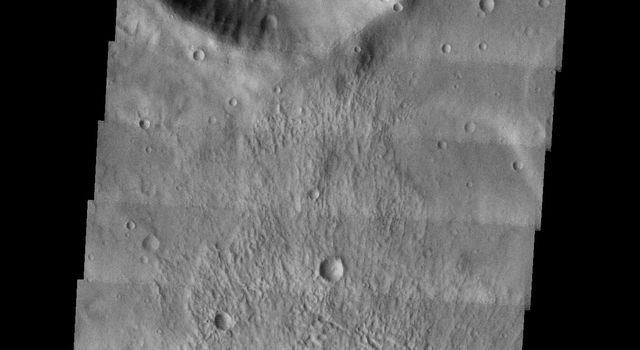 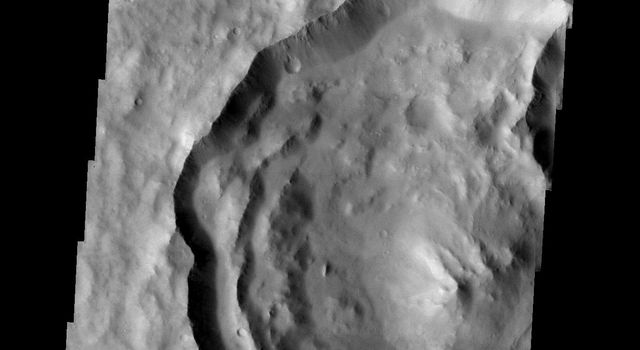 Our group is from Saratoga Springs, NY and is called the Saratoga Springs NASA Club. It contains approximately 30 students between 9th and 12th grade who have been participating since September of 2001. We also worked with a small group of students from Chekhov, Russia in order to do a joint MSIP project. Chekhov is the sister city of Saratoga Springs. Their group contains kids of the same age group as our NASA Club. Our group, along with a few students from the Chekhov branch, visited Arizona State University in November of 2003.

The image we targeted is in the Southern Hemisphere and is at -67 degrees N.

This image is causing us considerable difficulty due to the presence of a structure that resembles a lake located in the center of the crater.

NASA and Arizona State University's Mars Education Program is offering students nationwide the opportunity to be involved in authentic Mars research by participating in the Mars Student Imaging Project (MSIP). Teams of students in grades 5 through college sophomore level have the opportunity to work with scientists, mission planners and educators on the THEMIS team at ASU's Mars Space Flight Facility, to image a site on Mars using the THEMIS visible wavelength camera. For more information go to the MSIP website: http://msip.asu.edu.