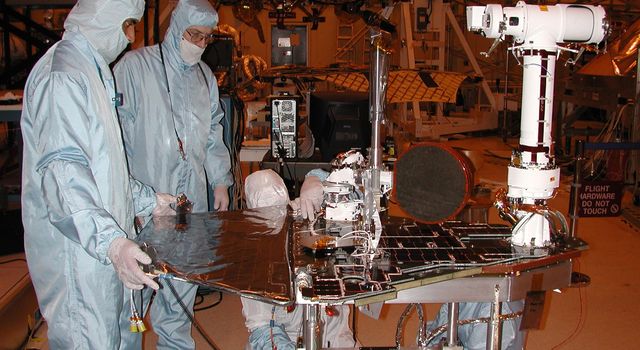 In the Payload Hazardous Servicing Facility, technicians reopen the lander petals of the Mars Exploration Rover 2 (MER-2) to allow access to one of the spacecraft's circuit boards. A concern arose during prelaunch testing regarding how the spacecraft interprets signals sent from its main computer to peripherals in the cruise stage, lander and small deep space transponder. The MER Mission consists of two identical rovers set to launch in June 2003. The problem will be fixed on both rovers.
View all Images