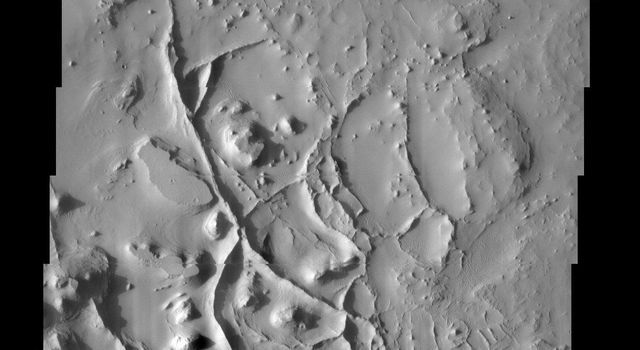 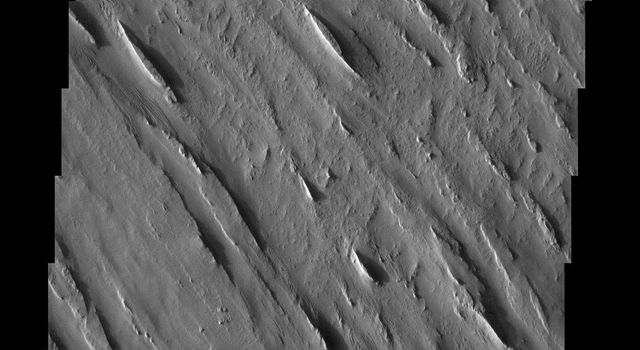 Hummocky, textured terrain within lava flows northwest of Pavonis Mons, one of the Tharsis volcanoes.