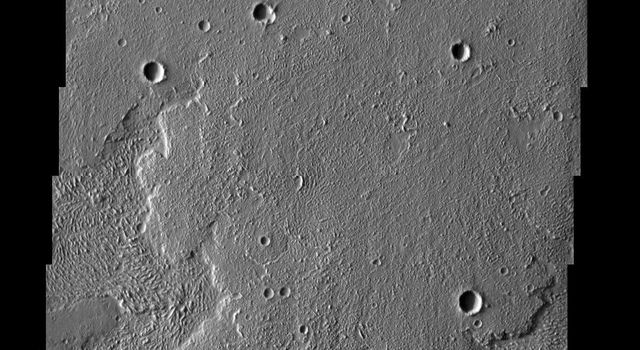 The small mounds with summit depressions in the northern portion of this image have an unknown origin. Some scientists think they may be cinder cones, while others think they may be pseudocraters, formed by the interaction of lava and ice. These features are also observed in other areas of Mars' northern plains, such as Isidis Planitia.