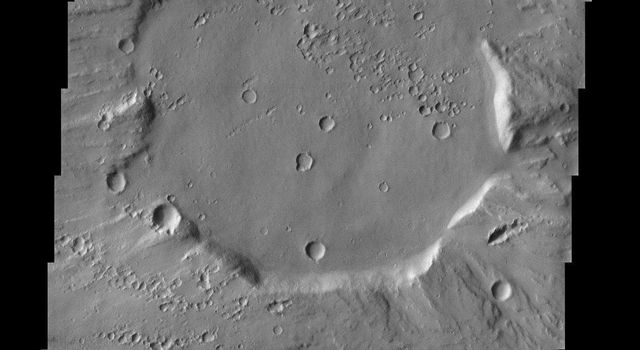 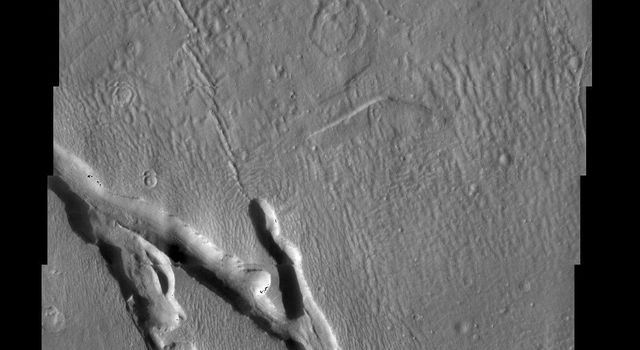 An unusual mix of textures is featured in this image of a surface east of the Phlegra Montes. Scabby mounds, commonly occurring around degraded craters, mix with a more muted, knobby terrain. Cutting through the scene are troughs associated with the quasi-polygonal features that are most evident in the MOLA context image. Given the mid-latitude location, it is likely that ground ice has had a role in shaping this landscape.