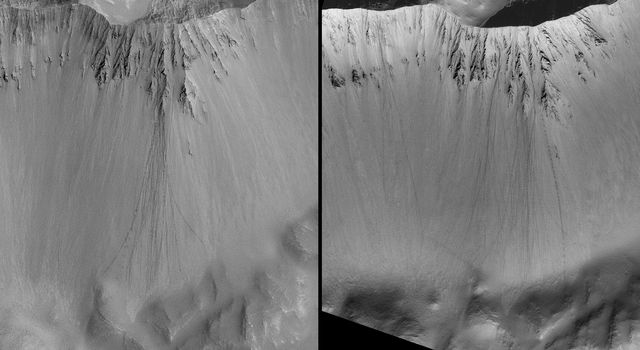 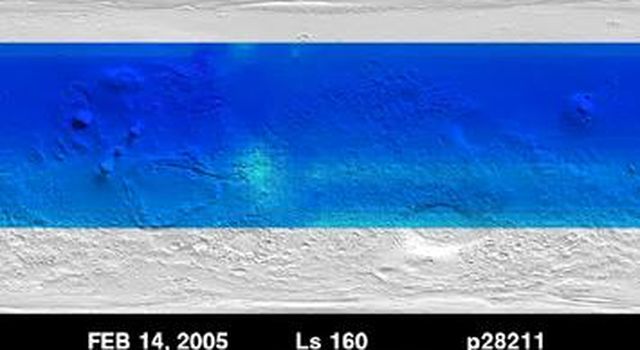 This movie shows the daytime temperature of the surface of Mars as measured by the Thermal Emission Spectrometer instrument on NASA's Mars Global Surveyor orbiter. These temperatures clearly show the growth and retreat of the martian northern and southern polar ice caps. The caps grow in winter and are composed of carbon dioxide ice with temperatures as low as minus 125 degrees Celsius (minus 195 degrees Fahrenheit). In the summer the caps retreat to relatively small areas around the poles. The movie also demonstrates the large difference in temperatures between the northern hemisphere's summer (beginning when solar longitude, or Ls, is 90 degrees) and the southern hemisphere's summer (beginning when Ls is 270 degrees). This difference is because the orbit of Mars around the Sun is more elliptical than Earth's orbit. As on Earth, a hemisphere's summer is when that hemisphere is tilted toward the Sun, but on Mars, the planet's distance from the Sun varies much more than on Earth. Mars is closest to the Sun, and therefore warmest, during the southern summer season. In northern summer, when Mars' northern hemisphere is tilted toward the Sun, the planet is farther from the Sun.