Map of Martian Silicon at Mid-Latitudes 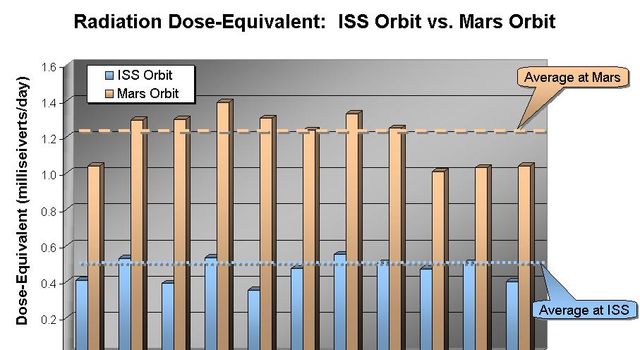 NASA's Jet Propulsion Laboratory manages the 2001 Mars Odyssey mission for NASA's Office of Space Science, Washington, D.C. The gamma ray spectrometer was provided by the University of Arizona, Tucson. Lockheed Martin Astronautics, Denver, Colo., is the prime contractor for the project, and developed and built the orbiter. Mission operations are conducted jointly from Lockheed Martin and from JPL, a division of the California Institute of Technology in Pasadena.