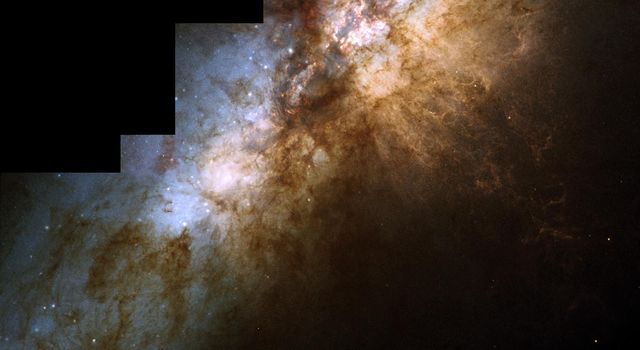 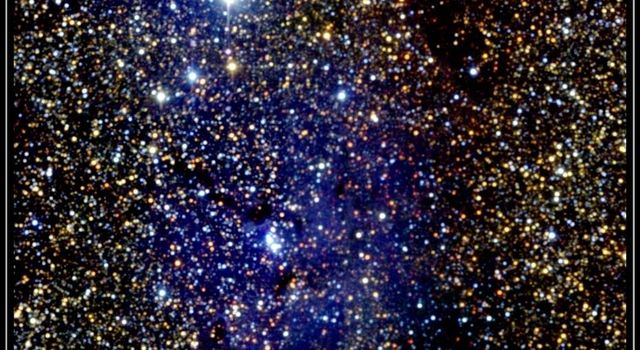 A rainbow of colors is captured in the center of a magnificent barred spiral galaxy, as witnessed by the three cameras of NASA's Hubble Space Telescope.

The color-composite image of the galaxy NGC 1512 was created from seven images taken with the JPL-designed and built Wide Field and Planetary Camera 2 (WFPC-2), along with the Faint Object Camera and the Near Infrared Camera and Multi-Object Spectrometer. Hubble's unique vantage point high above the atmosphere allows astronomers to see objects over a broad range of wavelengths from the ultraviolet to the infrared and to detect differences in the regions around newly born stars.

The new image is online at http://hubblesite.org/newscenter/archive/releases/2001/16/.

The image reveals a stunning 2,400 light-year-wide circle of infant star clusters in the center of NGC 1512. Located 30 million light-years away in the southern constellation of Horologium, NGC 1512 is a neighbor of our Milky Way galaxy.