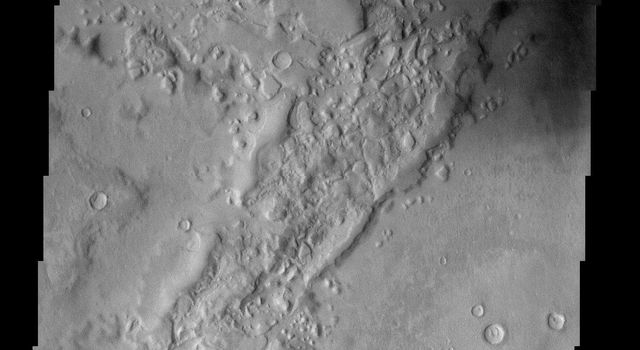 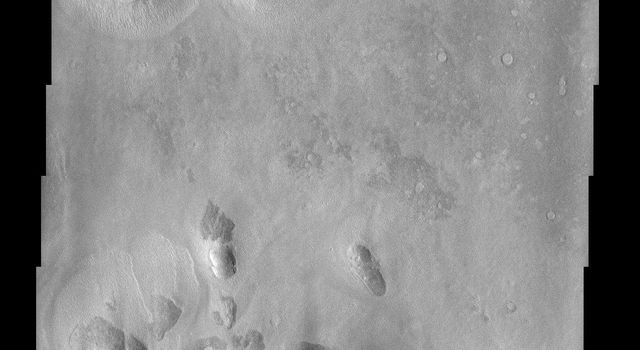 Much of the northern lowlands of Mars are thought to be relatively young volcanic flows with varying amounts of windblown dust cover. The lack of impact craters in this image indicate the young age of the surface. The lighter spots in the top portion of the image are likely small volcanic features, either small cones or perhaps small collapse pits. The appearance of the darker material abutting or flowing against the higher knobs and ridges is common in volcanic flow fields.