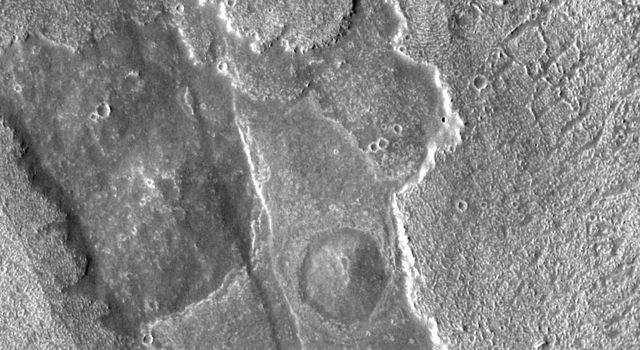 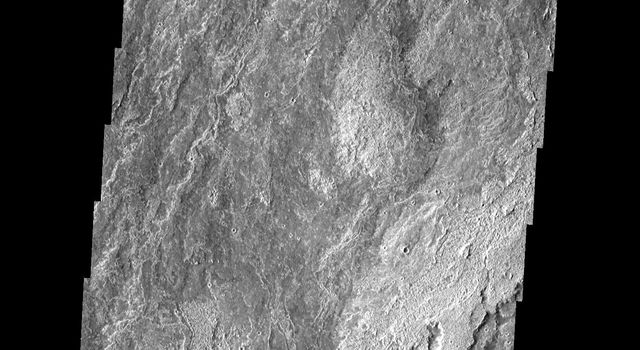 Today's VIS image of lava flows south of Arsia Mons shows a broad, rough surfaced flow (brighter in image). The brighter flow splits at the bottom and then rejoins again, leaving a window of older flow visible. Note how the flows overlap at the bottom of the image.