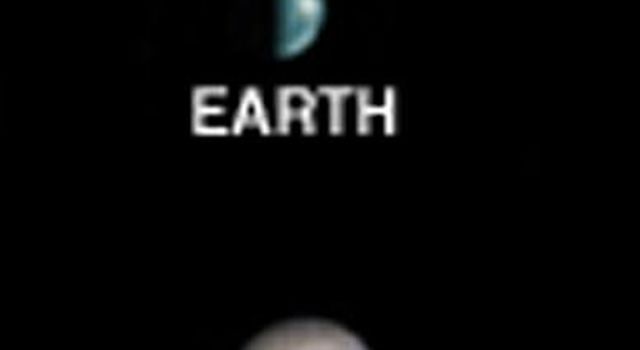 Earth, Moon, and Jupiter, as seen from Mars 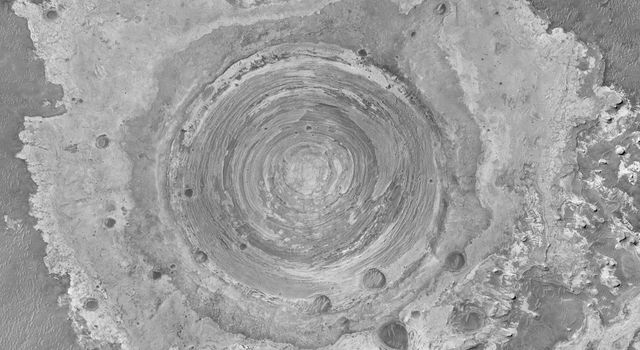 "Inca City" is the informal name given by Mariner 9 scientists in 1972 to a set of intersecting, rectilinear ridges that are located among the layered materials of the south polar region of Mars. Their origin has never been understood; most investigators thought they might be sand dunes, either modern dunes or, more likely, dunes that were buried, hardened, then exhumed. Others considered them to be dikes formed by injection of molten rock (magma) or soft sediment into subsurface cracks that subsequently hardened and then were exposed at the surface by wind erosion.

The Mars Global Surveyor (MGS) Mars Orbiter Camera (MOC) has provided new information about the "Inca City" ridges, though the camera's images still do not solve the mystery. The new information comes in the form of a MOC red wide angle context frame taken in mid-southern spring, shown above left and above right. The original Mariner 9 view of the ridges is seen at the center. The MOC image shows that the "Inca City" ridges, located at 82°S, 67°W, are part of a larger circular structure that is about 86 km (53 mi) across. It is possible that this pattern reflects an origin related to an ancient, eroded meteor impact crater that was filled-in, buried, then partially exhumed. In this case, the ridges might be the remains of filled-in fractures in the bedrock into which the crater formed, or filled-in cracks within the material that filled the crater. Or both explanations could be wrong. While the new MOC image shows that "Inca City" has a larger context as part of a circular form, it does not reveal the exact origin of these striking and unusual martian landforms.
View all Images