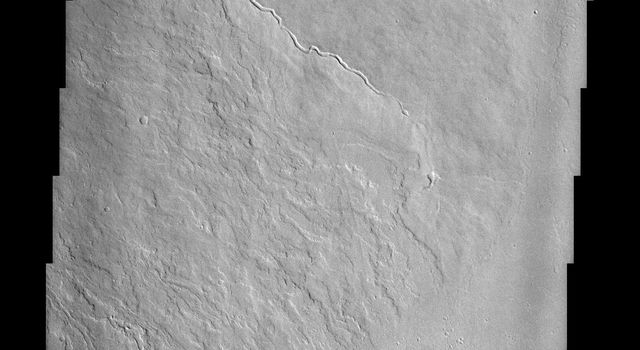 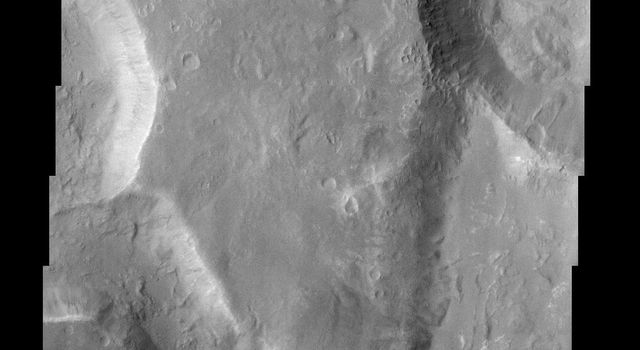 (Released 08 April 2002)
This image shows the cratered highlands of Terra Sirenum in the southern hemisphere. Near the center of the image running from left to right one can see long parallel to semi-parallel fractures or troughs called graben. Mars Global Surveyor initially discovered gullies on the south-facing wall of these fractures. This image is located at 38°S, 174°W (186°E).
View all Images