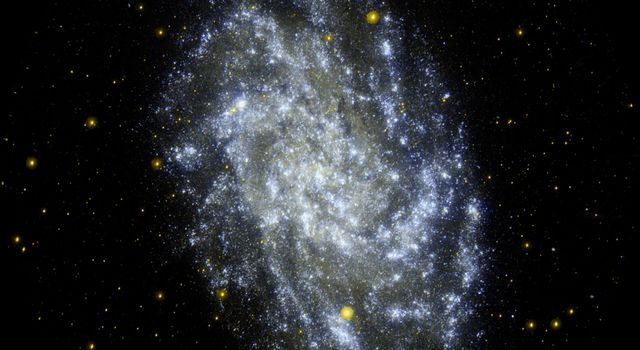 Anatomy of a Triangulum 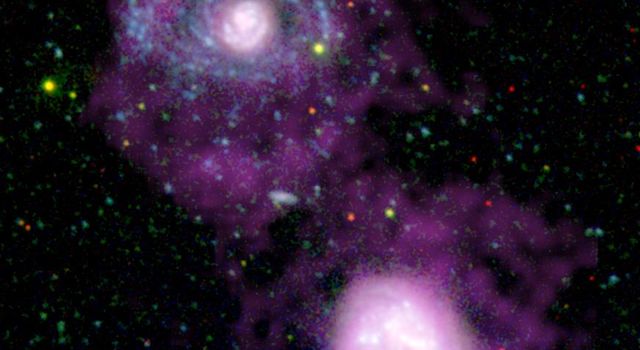 Though the lengthy spiral arms are nearly invisible when viewed in optical light, they glow brightly in ultraviolet. This is because they are bustling with hot, newborn stars that radiate primarily ultraviolet light.

The youthful arms are also very long, stretching out to a distance four times the size of the galaxy's core. They are part of the largest ultraviolet galactic disk discovered so far.

Located 31 million light-years away in the constellation Canes Venatici, NGC 4625 is the closest galaxy ever seen with such a young halo of arms. It is slightly smaller than our Milky Way, both in size and mass. However, the fact that this galaxy's disk is forming stars very actively suggests that it might evolve into a more massive and mature galaxy resembling our own.

Astronomers do not know why NGC 4618 lacks arms but speculate that it may have triggered the development of arms in NGC 4625.