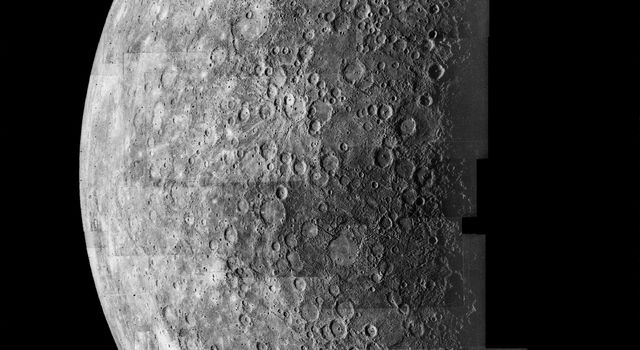 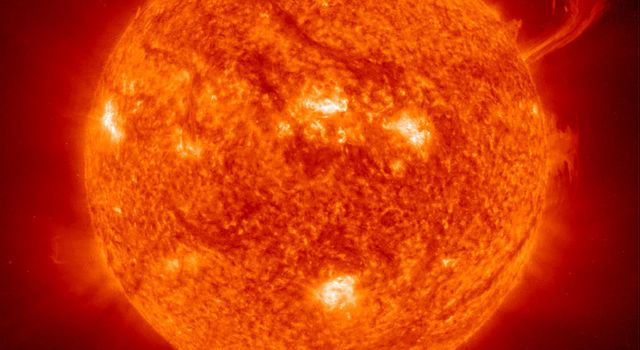 After passing on the darkside of the planet, Mariner 10 photographed the other, somewhat more illuminated hemisphere of Mercury. The north pole is at the top, two-thirds down from which is the equator.