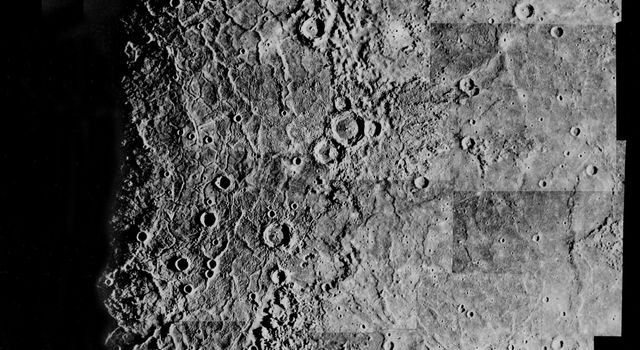 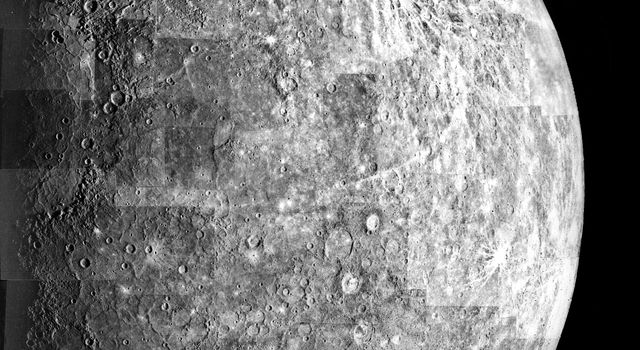 This is a mosaic of images taken of Mercury taken from 125,000 miles away. The tiny, brightly rayed crater (just below center top) was the first recognizable feature on the planet's surface and was named in memory of astronomer Gerard Kuiper, a Mariner 10 team member.