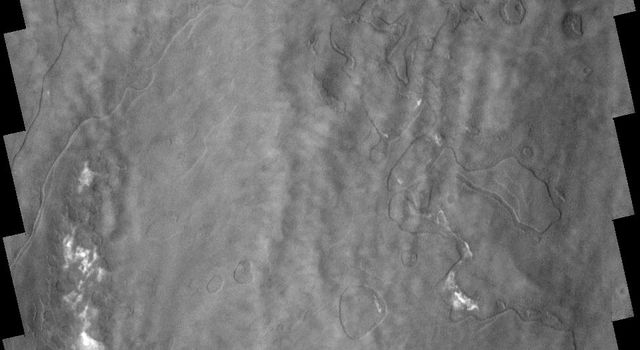 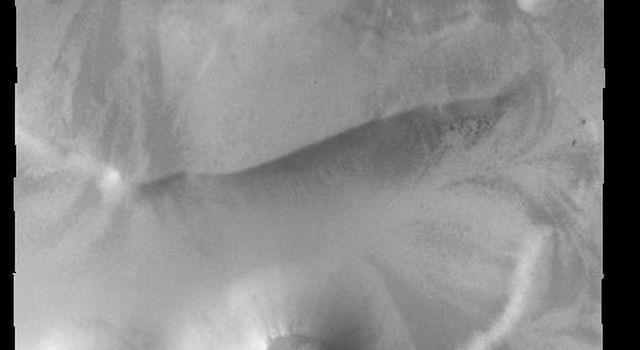 This low resolution VIS image shows a large portion of etched terrain near the south pole of Mars.