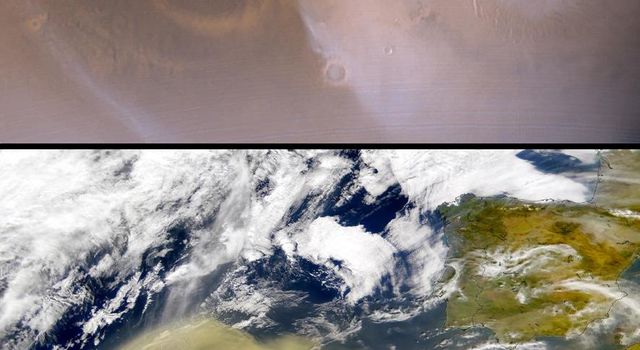 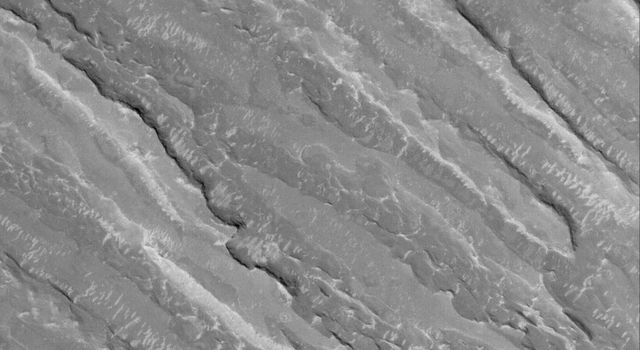 18 March 2006
This Mars Global Surveyor (MGS) Mars Orbiter Camera (MOC) image shows a portion of the south polar residual cap. The darkened edges of the pits and mesas are evidence of the removal - by sublimation -- of frozen carbon dioxide during the recent martian summer. Summer ended and autumn began the day this image was acquired in January 2006.