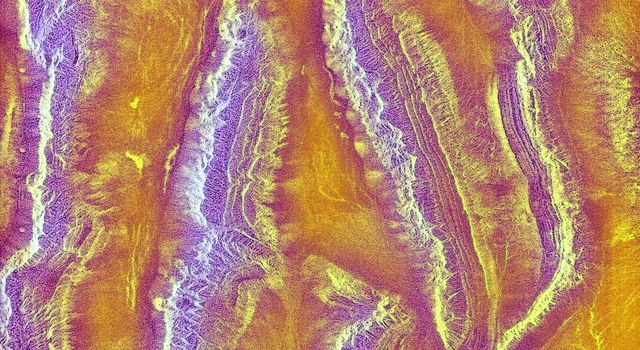 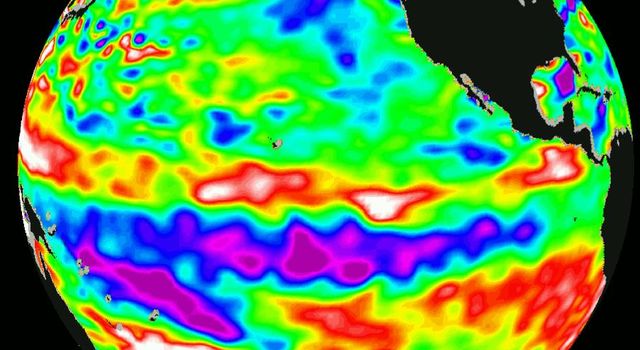 Landsat 1 (originally named the Earth Resources Technology Satellite, or ERTS) was the first of what was to become a series of satellites designed to map and monitor the Earth's land surfaces. This view of Los Angeles and vicinity is a scene acquired by a single pass of Landsat 1 on 25 June 1974. The image is derived from visible and reflected infrared light and is displayed with the visible green, the visible red, and an infrared channel coded as blue, green, and red, respectively. Healthy vegetation is highly reflective in the infrared and therefore appears red in this standard display. Chaparral and forested areas form bold red patterns in the Sierra, Santa Monica, San Gabriel, and other mountain ranges. Agricultural fields form a textured red pattern in the San Joaquin Valley in the upper left. Downtown Los Angeles appears as a light blue patch in the lower right.