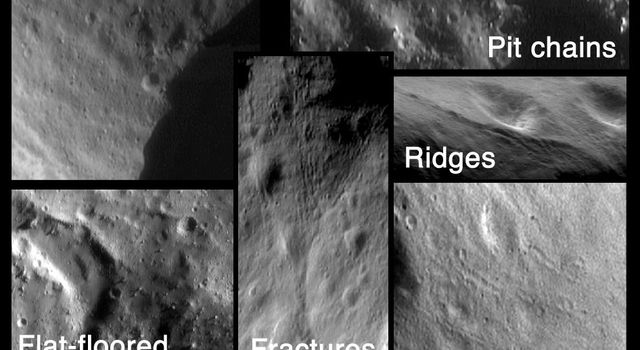 The Many Faces of Eros 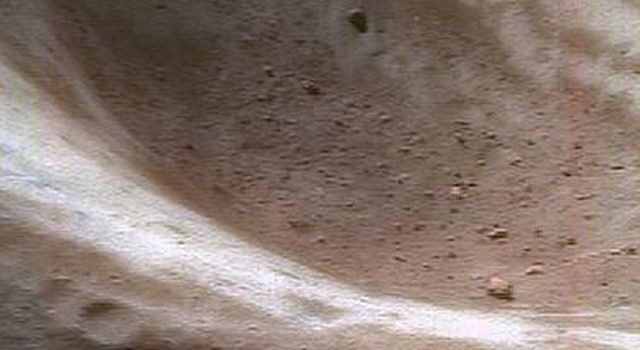 The Color of Regolith

NEAR Shoemaker images of Eros' saddle region show landscapes that couldn't differ more from what one might have expected for an ancient, crater-battered body. Early images of the northern part of the saddle stunned mission scientists with their abundance of boulders and lack of craters. Recent images of the southern part of the saddle, now well illuminated having emerged from the southern hemisphere's long night, continue this fascinating picture show. This picture, taken August 3, 2000, from an orbital altitude of 50 kilometers (31 miles), shows a region about 1.4 kilometers (0.9 miles) across. Boulders as small as 8 meters (26 feet) across are visible. In this part of the saddle, small patches of brighter regolith also occur among the rocks.