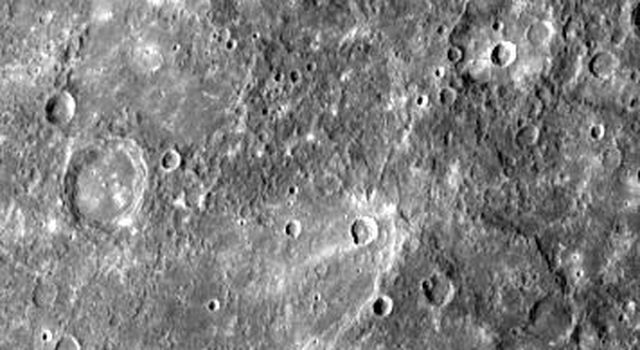 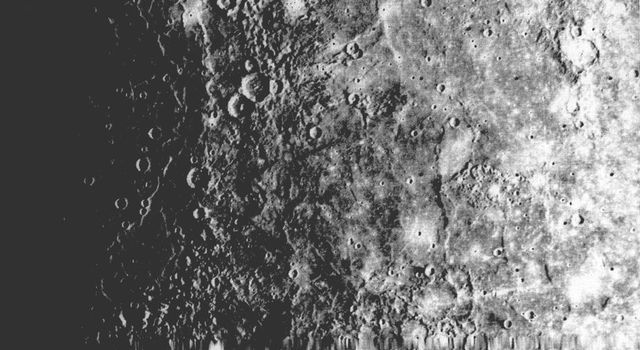 Taken only minutes after Mariner 10 made its closest approach to the planet Mercury on March 29, this is one of the highest resolution pictures obtained during the mission. Craters as small as 150 meters (500 feet) across can be seen. The picture, taken from a distance of about 5900 kilometers (3700 miles), measures 50 by 40 kilometers 931 by 25 miles). The relativity level surface contrasts with the abundant relief seen in some close-up views on the opposite side of the planet. The long, narrow area of hills and scarps to the left resembles ridges in the mare of Earth's moon. Abundant craters in various stages of degradation dot the surface.

NOTE: This image was scanned from physical media.