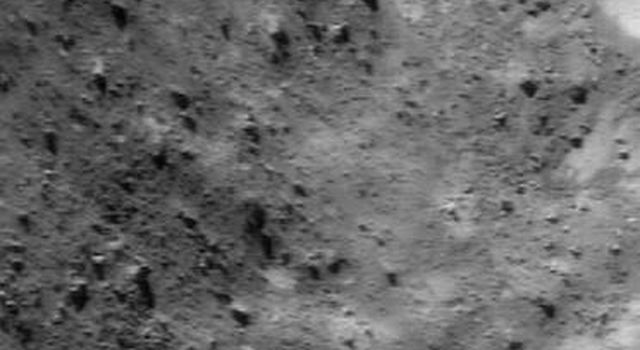 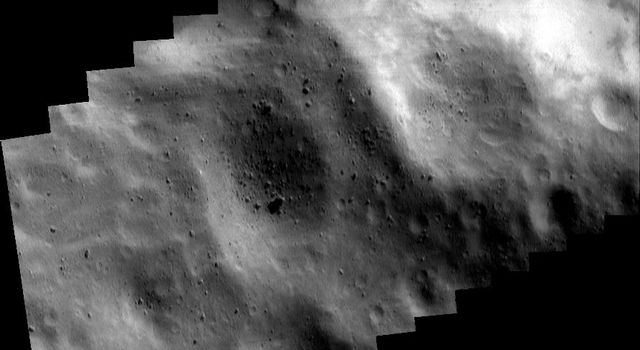 Southwest of the Big Crater (Mosaic)

On June 14, 2000, NEAR Shoemaker trained its camera on Eros' large, 5.3-kilometer (3.3-mile) diameter crater for a series of color pictures intended to measure the properties of regolith inside the asteroid's craters. In this false color view -- taken from an altitude of 50 kilometers (31 miles) -- redder hues represent rock and regolith that have been altered chemically by exposure to the solar wind and small impacts. Bluer hues represent fresher, less-altered rock and regolith, such as the bright patches that have been less affected by "space weathering." In that process, during micrometeorite impacts, rock reacts with miniscule amounts of trapped solar wind and is chemically changed. Interestingly, most of the large boulders have been just as affected as the regolith. This suggests either that the rocks are relatively old, or that they are "dirty" from an adhering film of regolith particles.