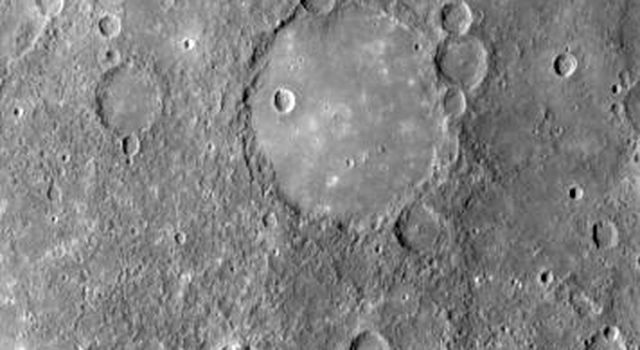 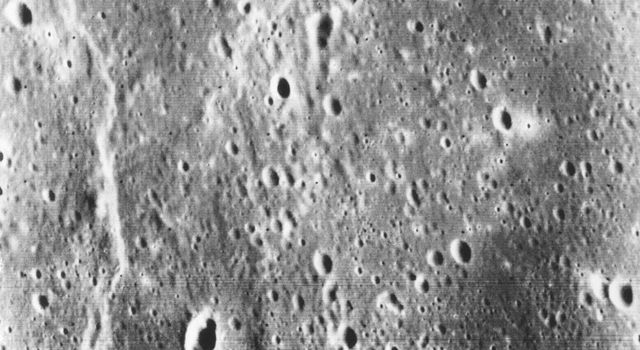 This double ring basin (top center of image), 220 km in diameter centered at 18 degrees S, 52 degrees W, was photographed on the second encounter and shows two craters about 30 km in diameter which have been engulfed by smooth plains on the floor of the inner ring. This stratigraphic relationship is common in the lunar maria and suggests that the plains within the inner ring were emplaced by volcanic processes after basin formation (FDS 166649).