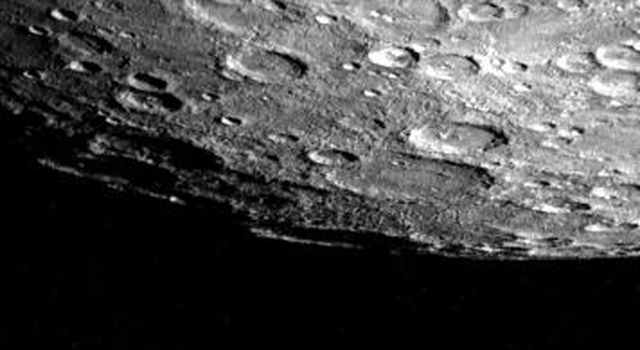 Taken about 40 minutes before Mariner 10 made its close approach to Mercury on September 21, this picture (FDS 166684) shows a large (230 kilometers, 142 miles) double-ringed basin (center of picture) located in the planet's south polar region - 75 degrees S. Lat. 120 degrees W. Long. Mercury saw the basin from a different viewing angle on Mariner 10's first sweep last March. This picture was taken from about 55,000 kilometers (44,000 miles). North is toward upper left.