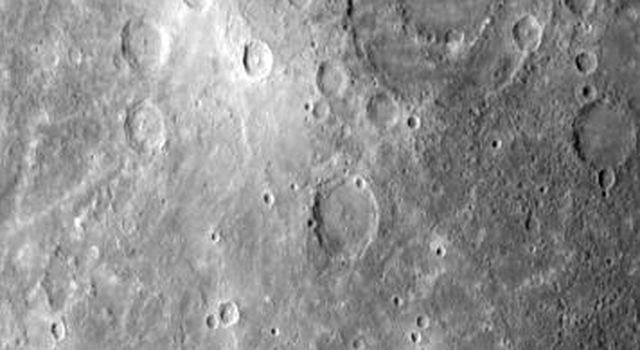 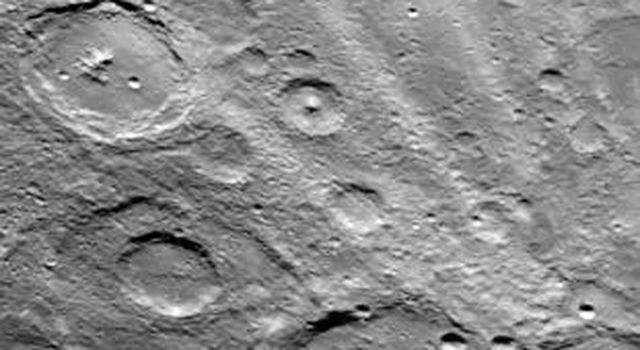 Mariner 10 obtained this picture (FDS 166619) of an area 460 by 640 kilometers (285 by 400 miles) in the Southern hemisphere of Mercury during its second encounter with the planet on September 21, 1974. Taken from a distance of 78,000 kilometers (48,000 miles), the photo reveals a heavily cratered terrain with a prominent scrap extending several hundred kilometers across the upper left. A 40-kilometer-diameter (25 miles) crater, nested in a larger crater, 120 kilometers (75 miles), is at top center. A basin about 240 kilometers (15 miles) in diameter is barely discernible at lower right. Crater chains produced by material ejected from a larger crater located outside the field of view appear at lower left. The smallest details measure about 1.7 kilometers (one mile).