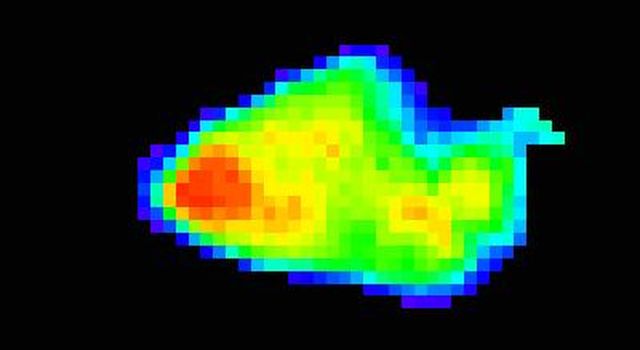 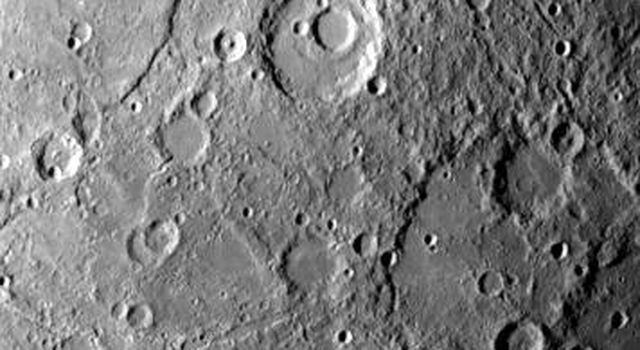 A faint double ring crater is seen at upper right in this picture of Mercury (FDS 166601) taken one hour and 40 minutes before Mariner 10's second rendezvous with the planet September 21. Located 35 degrees S. Lat. The outer ring is 170 kilometers (10 miles) across. Double ring craters are common features on Mercury. This particular feature and the bright rayed crater to its left were seen from a different viewing angle in pictures taken by Mariner 10 during its first Mercury flyby last March 29.