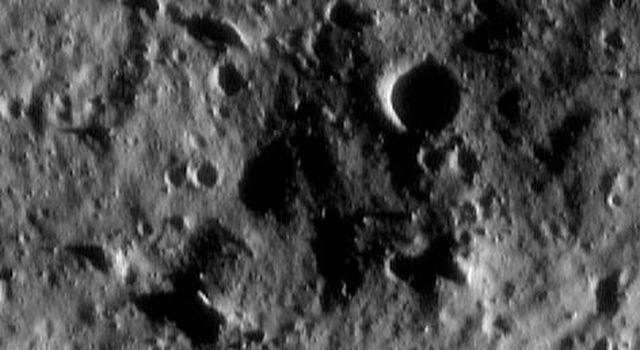 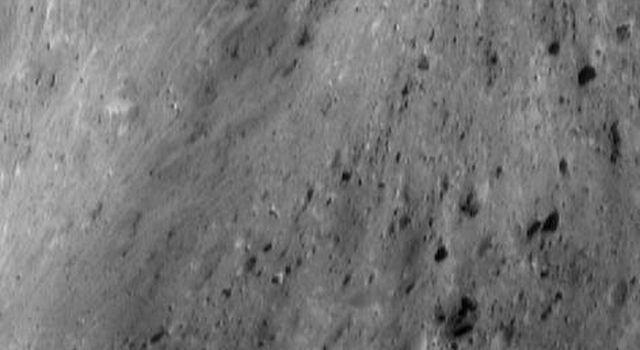 NEAR Shoemaker captured the southern part of Eros' saddle in this mosaic of seven images taken May 17, 2000, from an altitude of 49 kilometers (30 miles). The two most conspicuous features in this part of the saddle are the wide, curved trough and the bright area in the lower left section. The trough is nearly 400 meters (1,300 feet) across at its widest point, and its curved shape is quite unlike the narrower, linear grooves found elsewhere on Eros. The bright region at the lower left was conspicuous even from thousands of kilometers away, when NEAR Shoemaker took the first pictures of it in December 1998.