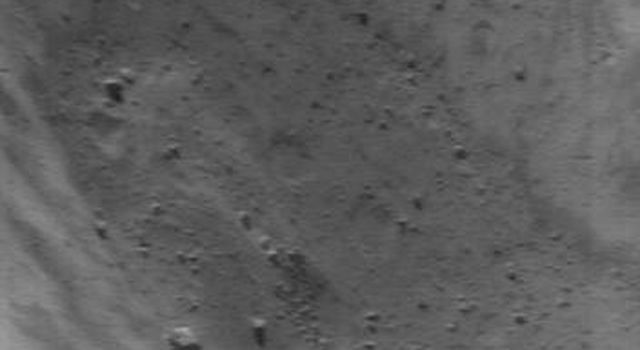 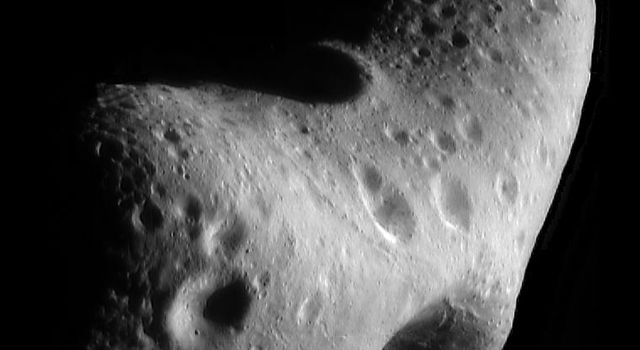 NEAR Shoemaker obtains the best views of subtle details in Eros' landforms when the spacecraft's imager looks straight down at the surface, and the Sun illuminates the surface at a very low angle. Such lighting brings out even tiny undulations in the surface and makes features stand out sharply. This image -- acquired June 6, 2000, from an orbital altitude of 49 kilometers (30 miles) -- was taken under those ideal conditions. The landscape is textured by low ridges and grooves running from left to right, with numerous boulders sprinkled on them. The whole scene is 1.4 kilometers (0.9 miles) across.