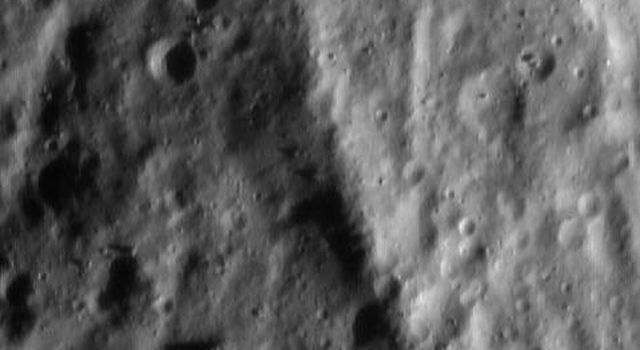 The Ridge at Sunrise 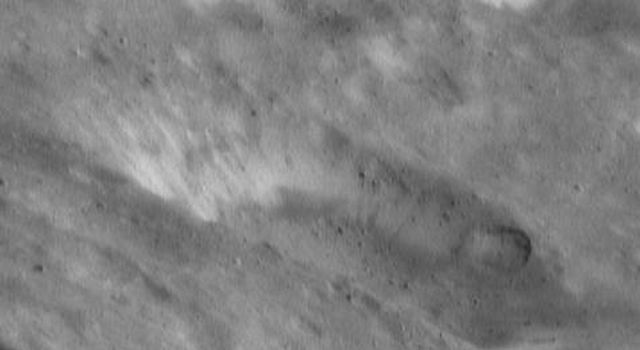 Pictures taken during the low-orbit phase of NEAR Shoemaker's mission to Eros are revealing the true appearance of an asteroid's surface. Eros is turning out to have diverse surface types ranging from flat to hilly, smooth to rocky, and monotonously cratered to unique in character.

This picture was taken for "optical navigation," that is, plotting the spacecraft's course by tracking the positions of the landmarks below. It caught a spectacular view of a horizon sculpted by worn, degraded craters and punctuated by jagged boulders. The angular boulder at the center of the frame is about 60 meters (197 feet) tall, or two-thirds the length of a football field. Angular rocks are very common in nature; the corners form as a rock is chipped out of a larger mass.