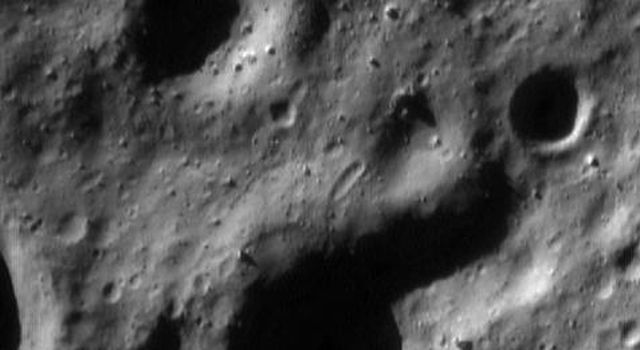 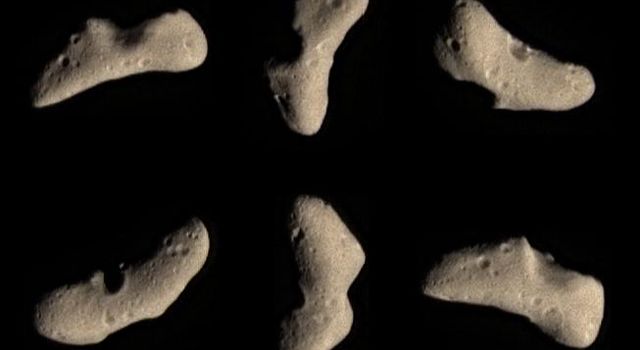 One of the most interesting features on Eros is the "saddle," an indentation in the asteroid's peanut-like shape. The low density of impact craters inside the saddle indicates that geologic processes had modified the region relatively late in Eros' history.

The NEAR Shoemaker spacecraft captured this image of the inside of the saddle on May 5, 2000, from an orbital altitude of 52 kilometers (32 miles). The whole scene is about 1.8 kilometers (1.1 miles) across, and the image shows features as small as 4 meters (13 feet) across. The bright feature running from the top to the bottom of the image is a steep, Sun-facing slope. In some places it appears to be an escarpment, while near the center of the image it appears as an inside wall of a 200-meter (656-foot) wide trough. The boulder in the upper right of the image is nearly 40 meters (131 feet) across.