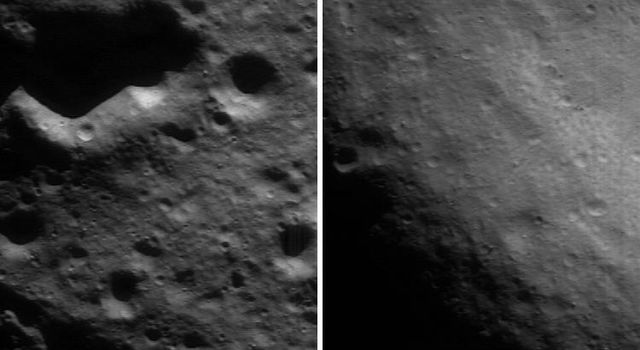 The Signs of the Times 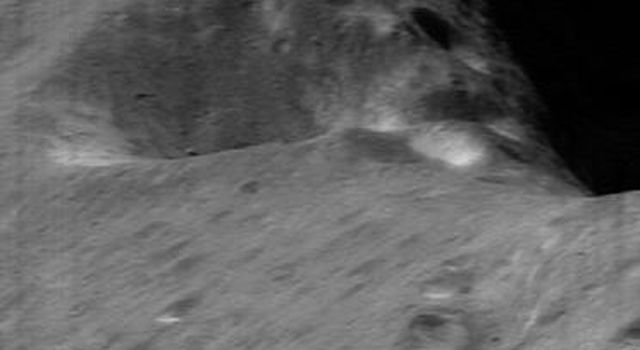 Again and again, NEAR Shoemaker's imager is being directed at the "saddle region" of Eros, to observe this feature under the widest variety of lighting conditions. This image of the saddle was taken March 22, 2000, from a range of 208 kilometers (129 miles). Generically speaking, a saddle is a low ridge connecting two mountains. The definition does not include an explanation for the origin of the curvature. Similarly, on Eros, the term "saddle region" is a description of a physical feature and doesn't imply any particular origin.

Perhaps the most frequently asked question about Eros' surface is, "What is the origin of the saddle?" Was it formed as a spallation scar resulting from the impact that created the large 5.5-kilometer (3.4-mile) diameter crater on the opposite side of the asteroid? To determine its origin will take time. Right now, the southern part of the feature is still in shadow. Over the next few months, as the Sun moves south in Eros' sky, the whole saddle will become visible. As NEAR Shoemaker continues to take more and more pictures of the saddle region, we will be better able to answer key questions about this feature.