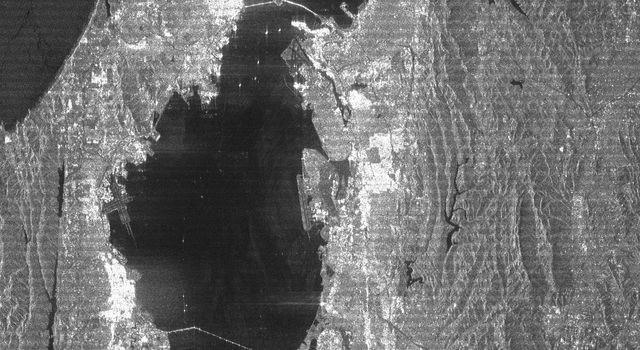 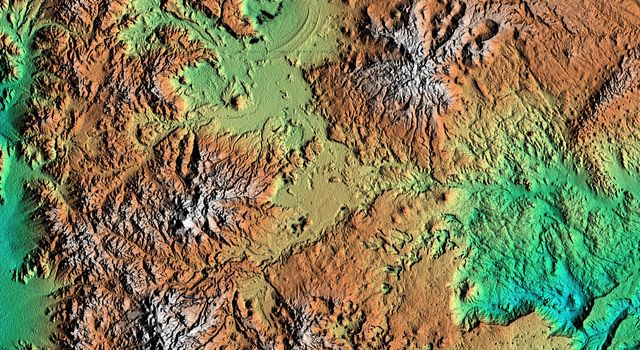 This perspective view of Patagonia, Argentina shows a spectacular landscape formed by volcanoes, rivers, and wind. The area is located just east of the narrow range of the Andes Mountains, about 100 kilometers (62 miles) east of the border with Chile. Interesting features include basalt-capped mesas (top) and young volcanic cones (left foreground). Geologists will use SRTM topographic data to study the interaction of volcanic, climatic and erosional processes.

This shaded relief perspective view was generated using topographic data from the Shuttle Radar Topography Mission. A computer-generated artificial light source illuminates the elevation data to produce a pattern of light and shadows. Slopes facing the light appear bright, while those facing away are shaded. On flatter surfaces, the pattern of light and shadows can reveal subtle features in the terrain. Colors show the elevation as measured by SRTM. Colors range from blue at the lowest elevations to white at the highest elevations. This image contains about 1100 meters (3600 feet) of total relief. To emphasize subtle differences in topography, the relief is exaggerated by a factor of 5.