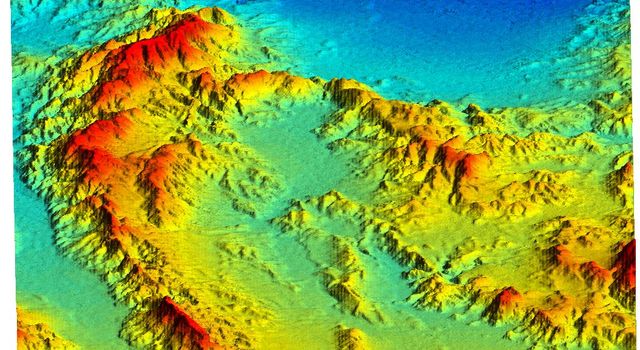 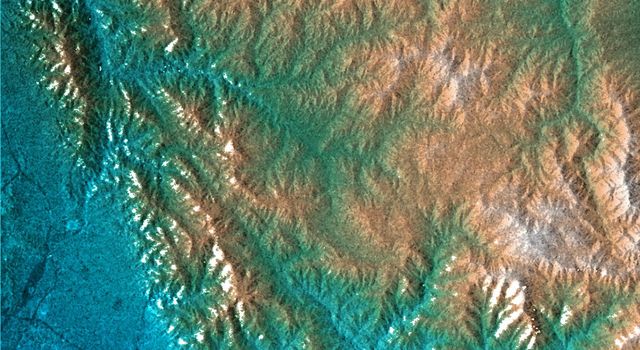 This topographic image shows the relationship of the urban area of Pasadena, California to the natural contours of the land. The image includes the alluvial plain on which Pasadena and the Jet Propulsion Laboratory sit, and the steep range of the San Gabriel Mountains. The mountain front and the arcuate valley running from upper left to the lower right are active fault zones, along which the mountains are rising. The chaparral-covered slopes above Pasadena are also a prime area for wildfires and mudslides. Hazards from earthquakes, floods and fires are intimately related to the topography in this area. Topographic data and other remote sensing images provide valuable information for assessing and mitigating the natural hazards for cities along the front of active mountain ranges.

This shaded relief image was generated using topographic data from the Shuttle Radar Topography Mission. A computer-generated artificial light source illuminates the elevation data to produce a pattern of light and shadows. Slopes facing the light appear bright, while those facing away are shaded. On flatter surfaces, the pattern of light and shadows can reveal subtle features in the terrain. Colors show the elevation as measured by SRTM. Colors range from blue at the lowest elevations to white at the highest elevations. This image contains about 2300 meters (7500 feet) of total relief. White speckles on the face of some of the mountains are holes in the data caused by steep terrain. These will be filled using coverage from an intersecting pass.