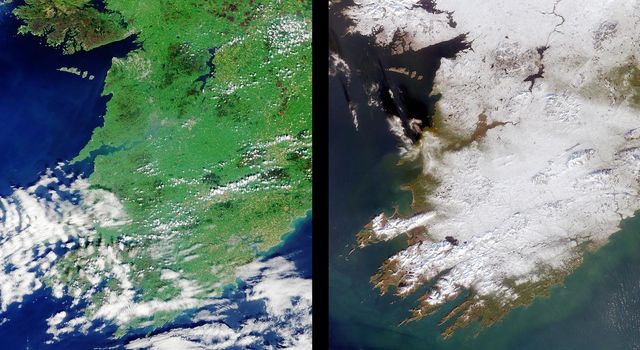 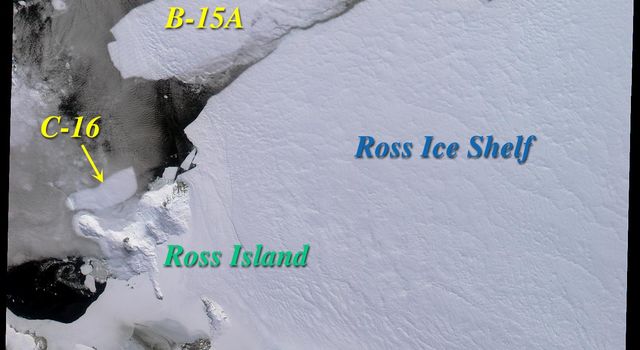 Icebergs in the Ross Sea, Antarctica

This map shows the abundance of airborne particulates, or aerosols, over Southern Africa during the period August 14 - September 29, 2000. Low particle concentrations are shown in shades of blue, and high concentrations in shades of red. The results were generated from MISR imagery acquired over this time period, and processed using MISR's automated software system. The approach for deriving aerosol amount makes use of the variation of scene brightness and contrast as a function of observation angle. Black areas over the land area correspond to places where a result was not obtained, for example, due to the presence of clouds.

Extensive burning of grass and shrubland for land management and agriculture comprises a principal source of these aerosols. Vegetation availability increases northward, hence the greater abundance of haze and smoke in Angola and southern Zaire. The lower aerosol abundance around Lesotho and southeastern South Africa is consistent with the higher terrain elevations near the Drakensberg Mountains.