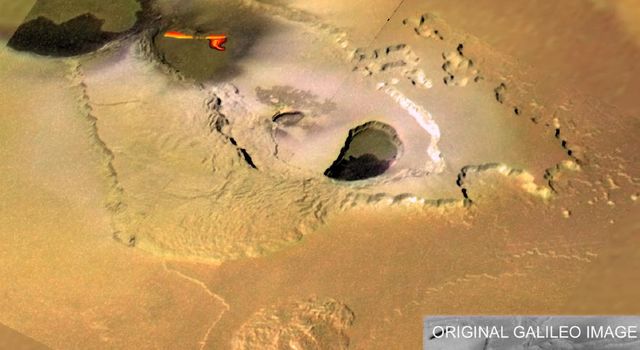 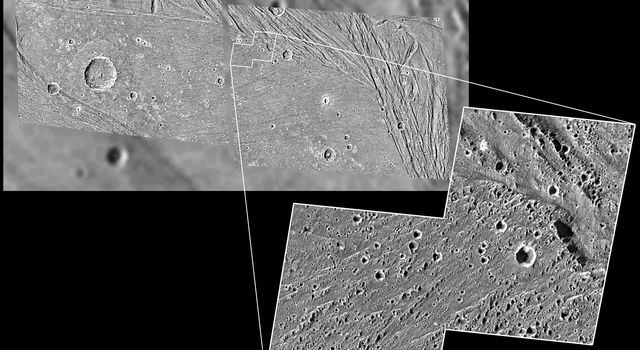 NASA's Galileo spacecraft took this image of dark terrain within Nicholson Regio, near the border with Harpagia Sulcus on Jupiter's moon Ganymede. The ancient, heavily cratered dark terrain is faulted by a series of scarps.

The faulted blocks form a series of "stair-steps" like a tilted stack of books. On Earth, similar types of features form when tectonic faulting breaks the crust and the intervening blocks are pulled apart and rotate. This image supports the notion that the boundary between bright and dark terrain is created by that type of extensional faulting.

This image was produced by Brown University, Providence, R.I.,http://www.planetary.brown.edu/.