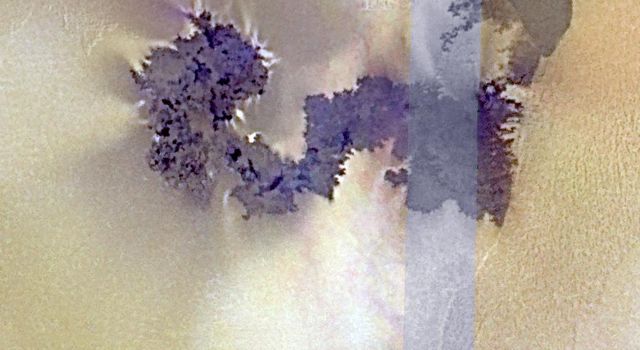 Sources of Volcanic Plumes Near Prometheus 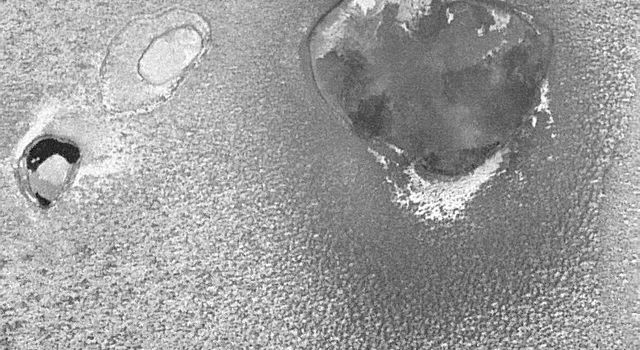 At increasing resolution, more surface details about Prometheus become clear. For example, dark spots visible on flows of Prometheus at lower resolution resolve into dark, fresh lava flows with well-defined margins at higher resolution. Bright spots along the margins of Prometheus resolve into bright streaks that appear to come from plumes emanating from the edges of the Prometheus flows. The terrain surrounding Prometheus, which appears relatively smooth at lower resolution, resolves into a complex material composed of rough, ridge-like features at higher resolution. Also visible in the rightmost frame of the high-resolution mosaic (on the northern edge of the very dark lava flow in the lower right corner) are two bright spots, which may indicate active, glowing lava breakouts.

The Jet Propulsion Laboratory, Pasadena, Calif., manages the mission for NASA's Office of Space Science, Washington, D.C. JPL is a division of the California Institute of Technology in Pasadena.

This image, other images and data received from Galileo are posted on the Galileo mission home page at http://solarsystem.nasa.gov/galileo/. Background information and educational context for the images can be found at http://galileo.jpl.nasa.gov/gallery/io.cfm.