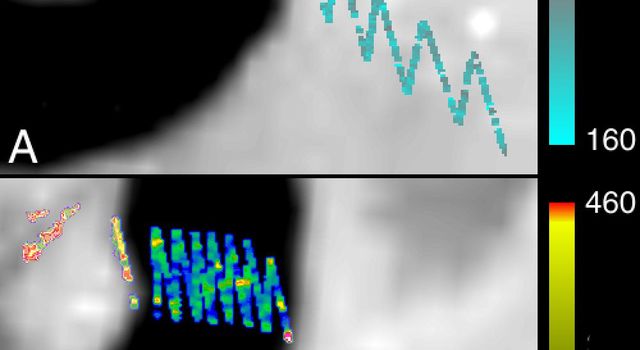 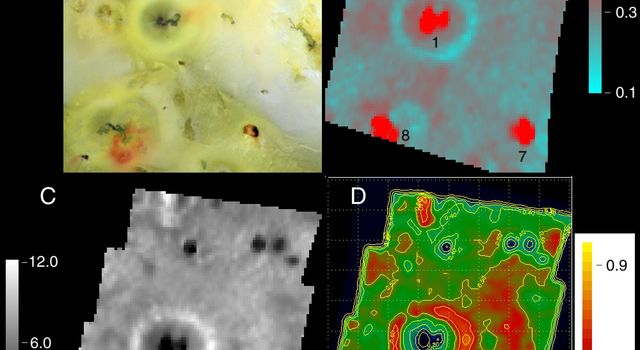 Volcanic "hot spots" are seen in this color temperature map of the Prometheus volcano (A) on Jupiter's moon Io created with data obtained by the near-infrared mapping spectrometer onboard NASA's Galileo spacecraft during the flyby of Io on October 10, 1999. An image obtained by Galileo's onboard camera during an earlier orbit is also shown (B). The dark area in the camera image is a lava flow about 80 kilometers (50 miles) long.

Two major hot areas are seen in the spectrometer data. The eastern hot spot (right) is located near the site of a plume observed by NASA's Voyager spacecraft in 1979. The cooler western hot spot (left) coincides with the location of the current plume. This temperature map supports the idea that the main vent of the volcano is on the eastern side, and that the plume is erupting from a "rootless vent," created as the hot lava flow interacted with sulfur dioxide snow.

The Jet Propulsion Laboratory, Pasadena, CA manages the mission for NASA's Office of Space Science, Washington, DC. JPL is a division of the California Institute of Technology, Pasadena, CA.