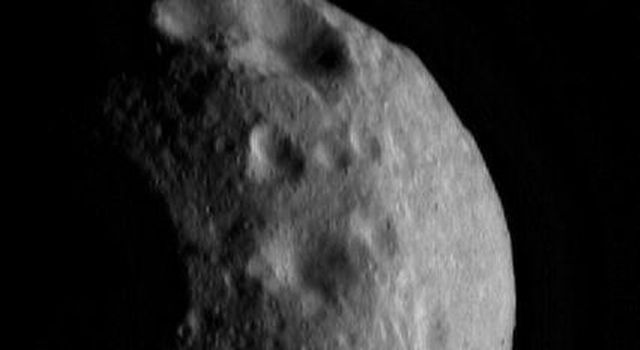 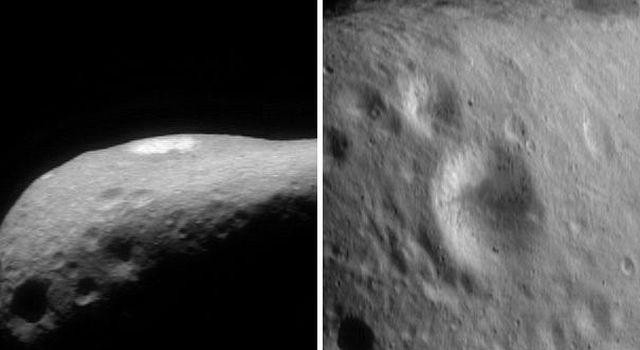 One of the most striking features in NEAR Shoemaker images of Eros' surface is the abundance of very large boulders. This image of the southwestern part of the saddle region, taken March 6, 2000, from a range of 201 kilometers (125 miles), shows a particularly boulder-rich part of the surface. Many of the huge rocks are 50 meters (164 feet) or more in diameter. They are believed to be fragments of Eros' native rock, shattered over the eons by formation of impact craters. The impacting projectiles themselves were pulverized by the impact process and survive only as fine debris mixed into the regolith.