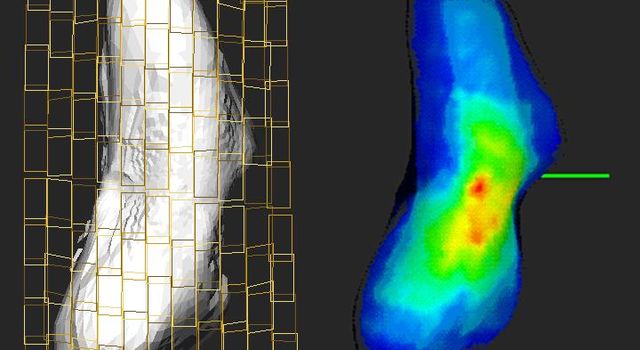 NEAR: From Planning to Data Analysis 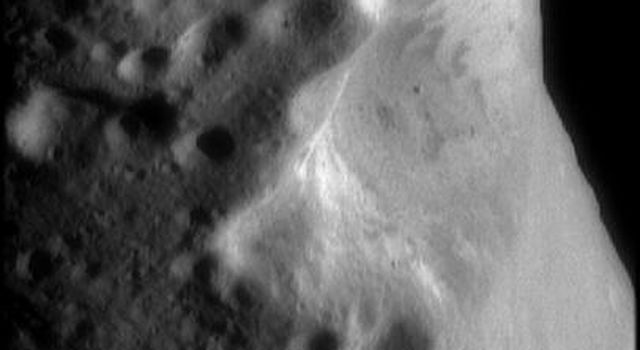 This image of the northeast rim of the saddle region on Eros was taken after NEAR entered into its 200 kilometer orbit on March 3, 2000. The resolution of this image is 20 meters (65 feet) per pixel. On the right are bright sinuous features associated with a ridge seen in previous images of the day. Parallel, closely spaced grooves are seen in the floor of the saddle. A cluster of boulders, ubiquitous on Eros, is seen in a small crater on the rim.