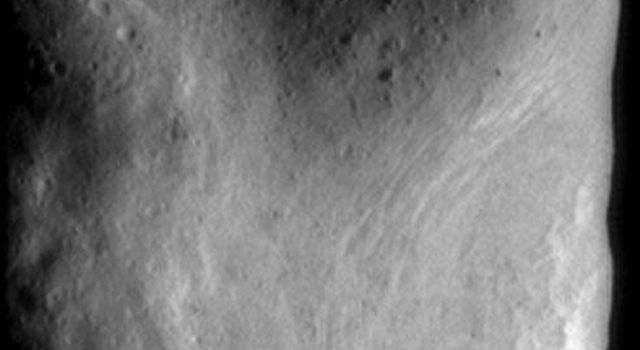 Rim of Saddle Region on Eros 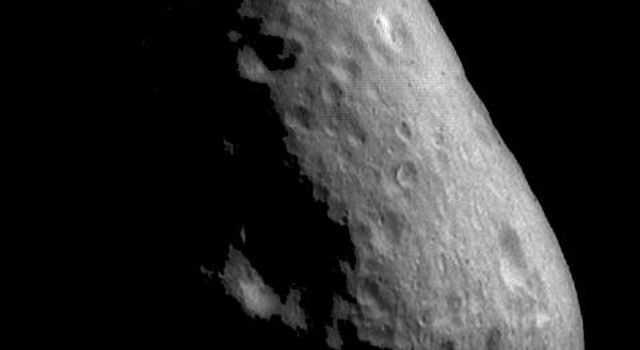 This image, showing an oblique view of Eros' large central crater, was taken at a resolution of about 20 meters (65 feet) per pixel. The brightness or albedo patterns on the walls of this crater are clearly visible, with the brighter materials near the tops of the walls and darker materials on the lower walls. Boulders are seen inside this crater and the smaller nearby craters. The higher density of craters to the left of the large crater implies that this region is older than the smoother area seen associated with the saddle region on the opposite side of the asteroid.

Built and managed by The Johns Hopkins University Applied Physics Laboratory, Laurel, Maryland, NEAR was the first spacecraft launched in NASA's Discovery Program of low-cost, small-scale planetary missions. See the NEAR web page at http://near.jhuapl.edu for more details.