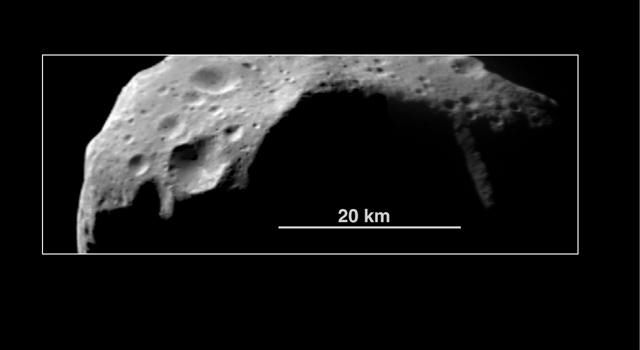 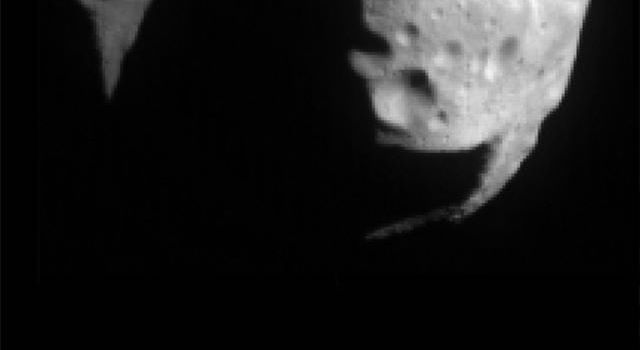 First NEAR image of Mathilde

This image mosaic of asteroid 253 Mathilde is constructed from four images acquired by the NEAR spacecraft on June 27, 1997. This was taken from a distance of 2,400 km (1,500 miles). Sunlight is coming from the upper right. The part of the asteroid shown is about 59 by 47 km (36 by 29 miles) across. Details as small as 380 meters (1,250 feet) can be discerned. The surface exhibits many large craters, including the deeply shadowed one at the center, which is estimated to be more than 10 kilometers (6 miles) deep. The shadowed, wedge-shaped feature at the lower right is another large crater viewed obliquely. The angular shape of the upper left limb of the asteroid results from the rim of a third large crater viewed edge-on. The bright mountainous feature at the far left may be the rim of a fourth large crater emerging from the shadow. The angular shape is believed to result from a violent history of impacts.