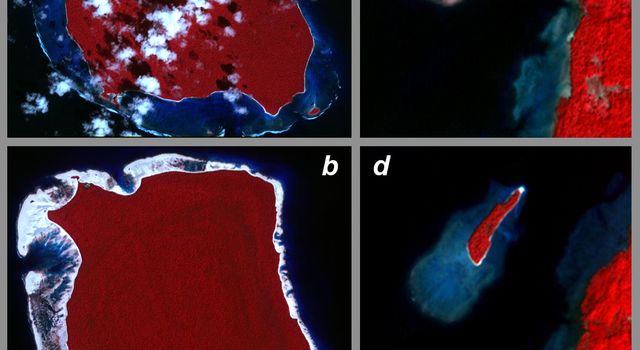 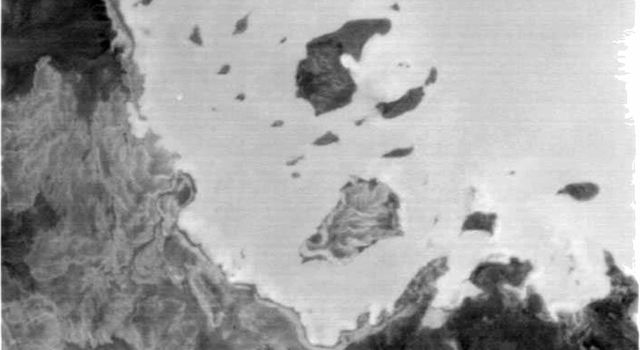 This image of the San Francisco River channel, and its surrounding flood zone, in Brazil was acquired by band 3N of ASTER's Visible/Near Infrared sensor. The surrounding area along the river channel in light gray to white could be covered by dense tropical rain forests. The water surface of the San Francisco River shows rather gray color as compared to small lakes and tributaries, which could indicate that the river water is contaminated by suspended material.

The ASTER instrument was built in Japan for the Ministry of International Trade and Industry. A joint United States/Japan Science Team is responsible for instrument design, calibration, and data validation. ASTER is flying on the Terra satellite, which is managed by NASA's Goddard Space Flight Center, Greenbelt, MD.