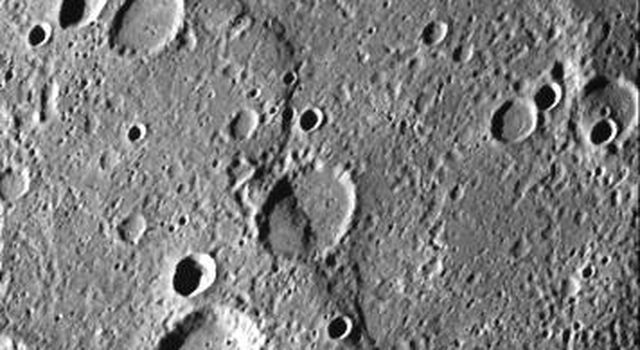 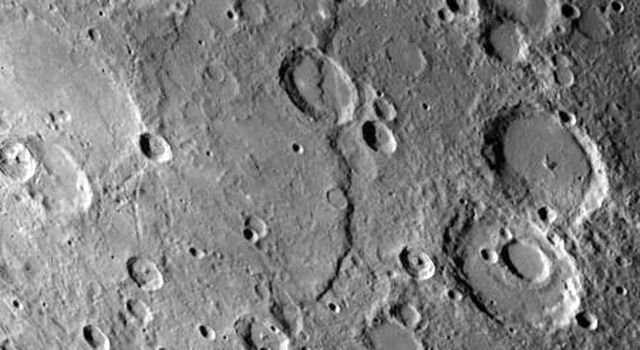 Hilly and lineated terrain and a patch of smooth plains in a large degraded crater (lower left portion of the image). Linear scalloped valleys extend mostly NW from the center(e.g., Arecibo Vallis); some trend NNE. Small craters are rare in the terrain; most landforms are positive. Area centered at 28 degrees S, 22 degrees W measures 450 km across. Mariner 10 frame 27370 taken during the spacecraft's first encounter with Mercury.