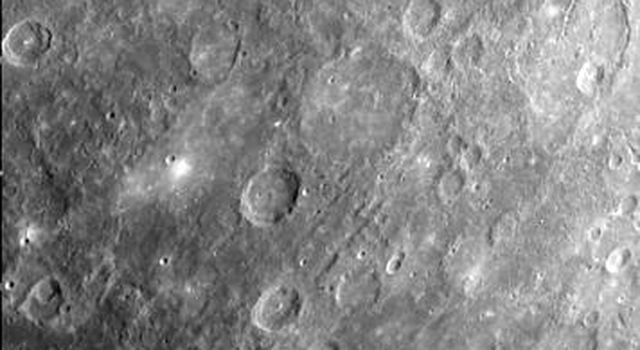 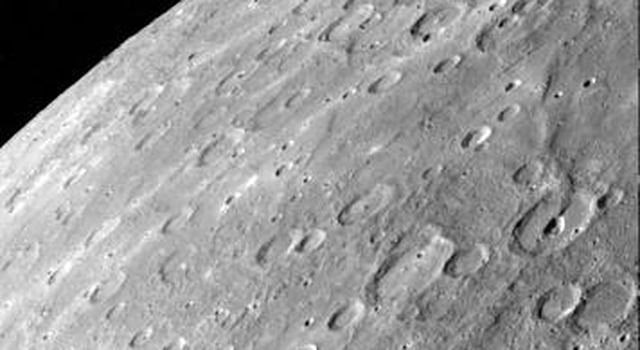 These two prominent rayed craters are located at 40 degrees N, 124 degrees W. Bright halos extend as far as 2 crater diameters beyond crater rims. Individual rays extend from halo. Bright streak extending from middle top to lower is unrelated to the two craters. Craters are 40 km in diameter. This image (FDS 275) was taken during the spacecraft's first encounter with Mercury